As a manager, do you find that, in an effort to be helpful, you end up doing a lot of your direct reports’ work for them?

Do you help others so much that you don’t have time to get your own work done?

If you answered yes to either of these questions, you have a monkey on your back. Read on to learn what this means and how you can get rid of that monkey.

What is the monkey? And why is it on my back? 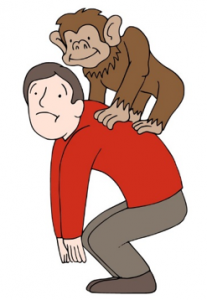 It’s a good question—one that I had to ask myself many years ago.

Back when I was the young CEO of a natural gas marketing and trading company, a member of the Board of Directors asked me if I had ever read “the monkey article.”

I had no idea what he was talking about, so he promptly gave me a reprint he just happened to have on hand.

The “monkey article,” properly known as Who’s Got the Monkey by William Oncken, Jr. and Donald L. Wass[i], is one of the most popular Harvard Business Review articles of all time. And it wasn’t until I read the article myself that I realized I—and many other leaders—had a bad habit of picking up monkeys.

Picking up a monkey simply means taking on a task that wasn’t yours to begin with. Picture this:

A manager is walking down the hall, and he sees one of his direct reports, Murphy, coming toward him.  The two meet, and Murphy explains a problem he’s having with one of his tasks. The manager knows enough to get involved, but he doesn’t have enough time to make a decision right there.  So, the manager says he will think about it and let Murphy know. (This is a scenario Oncken describes in the article.)

Now, what just happened? Before the two met, the monkey was on Murphy’s back. After they met, the manager had something new to do; he had unwittingly taken the monkey.

In other words, Murphy successfully delegated up.

Who has the monkey? Whoever has the last action step.

I got the monkey article on a Friday, and by Monday I was seeing monkeys everywhere.

As I walked down the long hall to my office, different managers grabbed me to discuss their problems.  By the time I got to my office, I had picked up several monkeys that previously didn’t even belong to me—and I had my own monkeys waiting for me in my office.

Now I understood why the board member had given me that article. I discovered that I was, indeed, a monkey magnet.

Taking on the monkeys of others is a common problem. In fact, most managers spend more time than they realize dealing with problems that should be handled by their direct reports. This happens for several reasons:

It’s not untrue that you could get the work done faster, and it’s not bad to help people—but think for a second: are you really helping?

Sometimes being “helpful” isn’t very helpful at all.

Imagine you are teaching a child—call her Courtney—to tie her shoes, but you’re in a rush to get out of the house. Courtney is struggling; the bunny ears are just not cooperating. Do you wait patiently for her to accomplish the task, giving her guidance—or do you just do it for her in the interest of time?

One thing is clear: Courtney won’t learn to tie her shoes if she never does it herself.

In my view, the best parents exercise patience and let Courtney tie her own shoes—no matter how long it takes. Short-term patience builds long-term capability. And the same goes for managers: the best are the ones who build performance strength and capability in those they lead.

That’s our job as leaders.

How to get rid of the monkeys: the “positive no”

It’s hard to say no to someone you want to help, but it’s essential. To help people care for and feed their own monkeys while staying in control of my schedule, I make use of something William Ury calls the “positive no.”[i] Let me explain.

If someone grabs you to discuss their monkey, they catch you off guard.  This means they make an unexpected demand on your time and input—something you didn’t plan for. While it’s imperative in this moment that you not derail your own work, it’s also imperative to support your team member.

The positive no accomplishes both.

Simply put, the positive no is a constructive, non-dismissive way to decline work that shouldn’t be yours. Here’s how to do it:

The basic case: make an appointment.

Now, let’s imagine that Murphy tries to “grab” you to talk about one of his monkeys.

In this way, you can offer your help but keep it on your terms. And in my experience, Murphy responds well to this. In fact, he often simply says, “No worries; I can handle it.”

The deferred yes: offer to help, but at a later date.

If you already have too much on your plate but have trouble saying no, a deferred yes might be in order.

If you need to meet, always expect some initiative—and make that expectation clear.

If Murphy does need to schedule time with you to figure out how to feed a monkey, be clear about the level of initiative you require.

What I mean by this is that you need to make it clear that Murphy can’t come to you and ask you what to do. That would instantly make his monkey your monkey.

Before Murphy comes to you, make sure he knows that he should have thought of at least one viable solution to the problem. That way, his monkey is still his monkey, and you both have a starting point for your meeting.

By using the positive no, you can ward off monkeys and stay in control of your work.

Requests for your time are inevitable, but you can stay in control by handling those requests in a way that empowers both you and your team.

By using the “positive no” to ward off extra monkeys, you support your team’s ability to feed and care for their monkeys without doing the work for them. At the same time, you preserve the time you set aside to handle your own monkeys.

The next time you’re walking down the hall at work and Murphy tries to “grab” you for your input, try the positive no. Be affirmative, establish a limit, and then make a proposal. 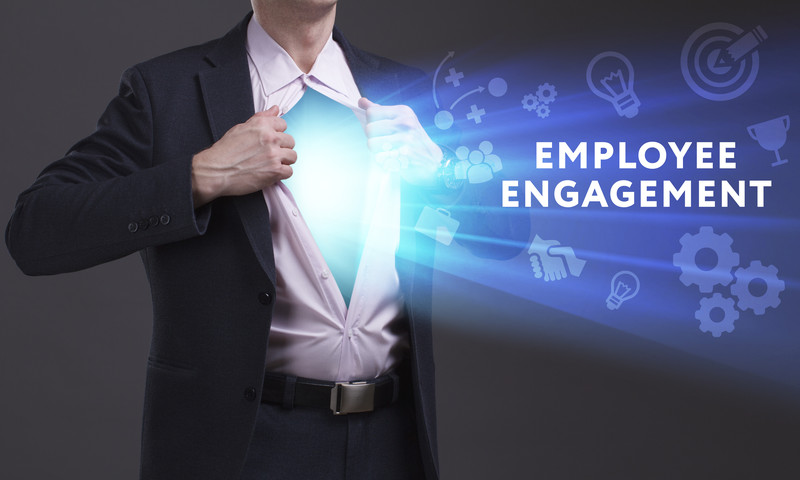